Addressing the proliferation of improvised and craft-produced weapons: Why should we care?

Addressing the proliferation of improvised and craft-produced weapons: Why should we care? Matilde Vecchioni

On 8 July 2022, former Prime Minister of Japan, Shinzo Abe was assassinated with a craft-produced firearm.* As the video of the tragic event spread around the globe, the unusual nature of the weapon sparked an immediate question: why did the assailant use a homemade weapon?

In the context of Japan’s restrictive regulatory framework on civilian possession of firearms and ammunition, experts suggest that its production was most likely prompted by the lack of easy access to  industrially-produced conventional arms. This, combined with the assailant’s self-taught skills, led him to resort to craft production of the double-barrel weapon. But is this an isolated event? Should we consider it the one-off result of a strict regulatory context and a single individual's ability to produce a crude firearm?

In fact, the case of Abe’s assassination is only the tip of a widespread and overlooked phenomenon. Modern craft production – which encompasses the manufacture by an individual or in workshops of different types of conventional weapons, their components and ammunition – includes a wide spectrum of weapons that vary in quality and sophistication, but is primarily associated with small arms and light weapons (SALW). 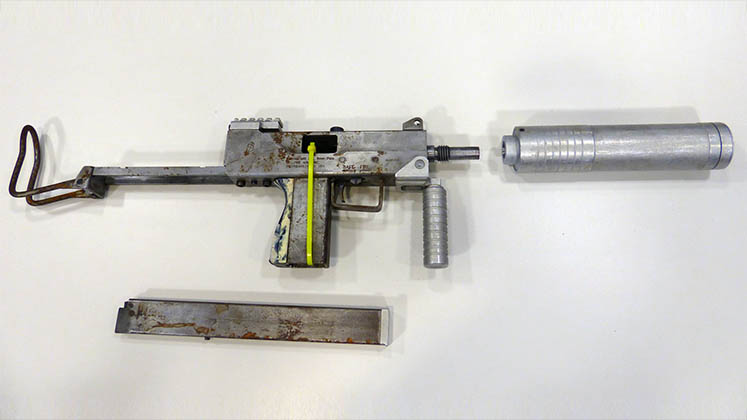 A MAC-10 submachine gun seized in Canada, which appears to be made from both original and homemade parts. (Source: Alberta Law Enforcement Response Teams)

In contrast to industrially produced conventional arms, craft-produced SALW are commonly fabricated in smaller quantities, ranging from very rudimentary firearms to high-quality copies of industrially-produced SALW. In Nigeria, where craft production is extremely widespread, homemade shotguns and rifles often use industrially fabricated components to increase their reliability; in Pakistan, skilled craftsmen have been able to fabricate perfectly functioning copies of Kalashnikov-pattern rifles; in Australia, Europe, and the United States, makeshift ammunition and 3D printed weapons are produced both for criminal activities and by hobbyists for personal use.

So, what does craft production look like today? And how can we prevent homemade and improvised firearms being used in conflict, armed violence, and criminal activities?

Craft Production: What, Who & Why?

Craft-produced weapons and their ammunition are used in armed violence and conflict across the globe. For instance, evidence of their use has been found in the conflict in Yemen, in criminal activities in Latin America, by resistance groups in Myanmar, and in episodes of community-based violence and terrorist attacks in African States. They have been trafficked from villages in Croatia to European illicit markets, as well as from South-East Asia to Mexico and Australia. It is within this context that communities across the globe have increasingly come to see craft production as a key issue to be addressed as part of efforts to decrease armed violence and conflict.

While some individuals can be both producers and users – as in the case of Abe’s assailant – not all producers of craft-produced weapons necessarily use them. The spectrum of users is wide and includes, among others:

For each of these categories, reasons for resorting to craft-produced weapons vary. In some cases, their hard-to-trace nature is appealing for those intent on using them for criminal purposes. With erroneous or absent serial numbers, or a lack of other markings, craft-produced weapons pose a notable challenge for law enforcement agencies seeking to determine origin and disrupt illicit production and trafficking networks. In other cases, craft production of weapons and ammunition is deeply rooted in culture, tradition, and status. In the Philippines, it is considered a highly respected, as well as a notably gendered, inter-generational skill.

New Frontiers of Knowledge and Means of Diffusion: Are We in the Age of Craft-Produced Weapons Proliferation?

There are two key reasons why we should pay more attention to the issue of improvised and craft-produced weapons today:

On the first point, digital technologies mean that diffusion of know-how now spreads further, faster, and more easily. While the sharing of instructions on how to undertake craft production is not new, online and social media platforms provide a global audience with digital ‘how-to-guides’ (e.g. videos, animated guidelines) and the acquisition of such knowledge and skills does not require physical mobility, personal networks, or access to in-person training. It just needs access to the web. In parallel to new frontiers of knowledge diffusion, more traditional channels have not stopped growing. When moving to other countries or returning home, Members of the Islamic State bring with them high-level expertise and craft production techniques for conventional arms and ammunition. Similarly, the mobility of craft producers in Nigeria continues to be an important mode of knowledge diffusion. 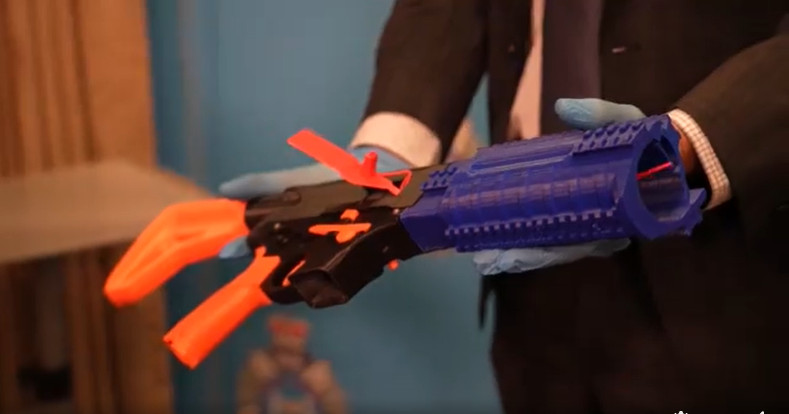 At the same time, knowing how to make a weapon is not the same as having access to the materials to produce one. Yet this is where the second point comes into play, particularly in terms of adapting commercially available products into lethal weapons. From the conversion of a starter pistol to the addition of explosives to a remotely controlled quadcopter, individuals with limited technical knowledge are producing weapons. Additionally, manufacturing techniques such as 3D printing and electrochemical machining are improving and becoming more widely available. This in turn could enable the craft production of more reliable and sophisticated conventional arms and ammunition.

What Next? Crafting a Response

Craft production is evolving, widening its scope, impact, and nature. Craft-produced weapons pose a threat to human lives and community safety around the world. Within this picture, Abe’s assassination is not an isolated event. Rather it is the manifestation of a global phenomenon whose proliferation requires more attention from the international arms control community. International small arms control instruments, such as the Firearms Protocol and the Programme of Action, along with their regional counterparts, provide a platform for sharing information on the proliferation patterns of craft-produced weapons, as well as experiences on how to reduce or mitigate the threat that such weapons pose to our safety and security. Such efforts have the potential to increase our understanding of the supply and demand dynamics of craft production, as well as its impacts.

The time is ripe for the international community to do more to stop these weapons from posing a greater threat to human lives and stability.

*These weapons are also often – and depending on the context – referred to as: homemade weapons, ghost guns, improvised weapons, privately made firearms, artisanal weapons.

Matilde Vecchioni is the Programme Assistant for the Conventional Arms and Ammunition Programme at UNIDIR.