Publication
The 2020 NPT Review Conference: Prepare for Plan B 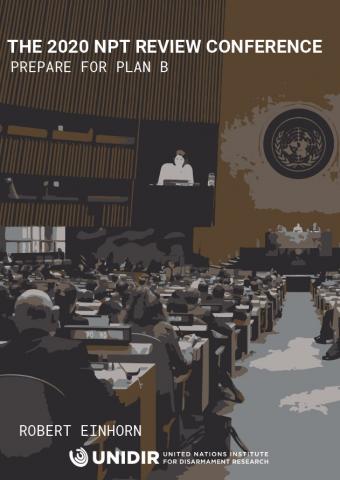 The 2020 NPT Review Conference: Prepare for Plan B

At the April–May 2020 Non-Proliferation Treaty (NPT) Review Conference (RevCon), NPT parties can be expected to seek a comprehensive final document approved by consensus that reviews the operation of the Treaty and sets forth recommendations for follow-on actions. The parties sought such a consensus outcome at all previous RevCons, which were held at five-year intervals, but achieved it at only four of the nine previous conferences. Agreement on a consensus final document has been widely seen as the litmus test of a successful RevCon and an indication of a healthy NPT regime, whereas the inability to arrive at a consensus document has been portrayed as a conference failure and a warning sign of an NPT under stress.

The 2020 RevCon will take place in a challenging international security environment—with the reemergence of great power rivalries and the bleak outlook for further steps toward nuclear disarmament, at least in the near term. Given growing concerns about the future of the global nonproliferation regime—and the symbolic importance of the 2020 RevCon, which commemorates the 50th anniversary of the NPT’s entry into force—the costs of another failure (or perceived failure) at the upcoming conference could be high. But many observers view the probability of arriving at a consensus final document this year as low. In the event that a consensus document does not prove achievable, therefore, the parties should be prepared to pursue a ‘Plan B’—a positive conference outcome that includes both consensus and nonconsensus elements in the final document and reaffirms the indispensable role of a strong and durable NPT in promoting non-proliferation, disarmament, and the peaceful uses of nuclear energy.

The 2020 NPT Review Conference: Prepare for Plan B