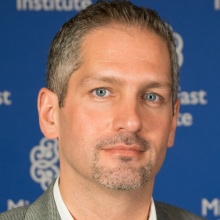 Nasser is the founder of Ambit Advisory, a non-governmental organization focused on security and development issues in the Middle East and the founder of Infosynth, a geopolitical strategic advisory firm. Previously, he headed the Middle East Scientific Institute for Security (MESIS), where he worked to address chemical, biological, radiological and nuclear risks across the Middle East. During that same period he headed the Middle East Regional Secretariat, the first of eight secretariats to become operational under the EU “Centres of Excellence” initiative. Prior to that, he worked in the office of His Majesty King Abdullah II of Jordan, where he last served as senior analyst in the Foreign Affairs Directorate.

He received his master's degree in Near East Studies from Princeton University and his undergraduate degree in Environmental Science and Policy and Business Management from Clark University.