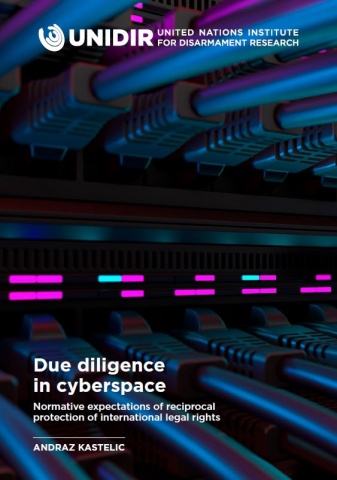 Due diligence in cyberspace: Normative expectations of reciprocal protection of international legal rights

Noting the ability of voluntary norms to strengthen peace, security, and stability in international relations, the United Nations Group of Governmental Experts on Developments in the Field of Information and Telecommunications in the Context of International Security (GGE) proposed a normative framework of mutual international assurance, based on the due diligence principle of international law. This paper provides an exposition of the divergences and convergences in national interpretations of the norm C, as formulated in the 2015 GGE report and later elaborated in the 2021 report, which suggests that “States should not knowingly allow their territory to be used for internationally wrongful acts using ICTs”. As elaborated by this paper, States are yet to reach an agreement on the scope of the norm, knowledge conditions, standards, and thresholds of the norm. What is more, States have divergent positions on whether it is a voluntary norm, a rule or a principle of international law imposing certain obligations.

Due diligence in cyberspace: Normative expectations of reciprocal protection of international legal rights