Secretary-General upholds value of UN Charter for a world in turmoil 09 Jan 2020 , 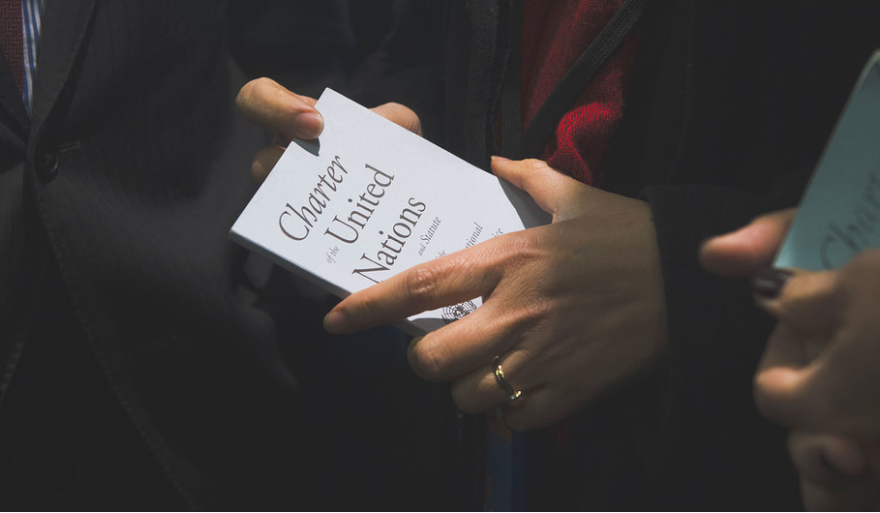 António Guterres was addressing the Security Council which on Thursday held a debate on upholding the founding treaty of the UN, nearly 75 years since its adoption.

Signed in June 1945, the UN Charter promised to save future generations from the devastation of war.

It reaffirmed the equal rights of all people, respect for national self-determination, the need for peaceful settlement of disputes, and contained clear rules governing the use of force.

These values and objectives endure today, the Secretary-General observed.

“These principles are not favours or concessions. They are the foundation of international relations.  They are core to peace and international law. They have saved lives, advanced economic and social progress and, crucially, avoided a descent into another world war,” he said.

“But when these principles have been flouted, put aside or applied selectively, the result has been catastrophic: conflict, chaos, death, disillusion and mistrust.  Our shared challenge is to do far better in upholding the Charter’s values and fulfilling its promise to succeeding generations.”

Although the world is facing the “existential threats” of nuclear proliferation and the climate crisis, collective global response is being undermined by nationalism and populism, said former Irish President Mary Robinson.

She was speaking as chair of The Elders, an independent group of prominent global citizens that has been working for peace, justice and human rights worldwide since 2007.

The Elders issued a statement last month underlining that effective multilateralism—basically, getting countries to cooperate—is in the national interest of all world leaders.

Mrs. Robinson stated that this collaborative approach is at the heart of the UN Charter and is especially critical now due to the escalating situation in the Middle East.

“Indeed, it is my understanding that Iran’s Foreign Minister Javad Zarif was due to address this chamber today. He was going to speak about the role of the UN Charter in supporting international peace and security  but has been prevented from doing so because tensions have arisen between Iran and the United States”, she said.

“This is highly regrettable. It is precisely in times such as these that we need to hear the voices of all concerned.”

The Secretary-General issued a special message to the 15 ambassadors in the Security Council.

As members of the chamber, they have a vital responsibility for upholding the UN Charter, particularly in preventing and addressing conflict.

Present and past disagreements must not be an obstacle to action to address current threats, he stated.