Casualties caused by lethal cluster munitions continued to increase in 2020, despite progress in efforts to eliminate these weapons, a UN-backed civil society report said on Wednesday.

The hair-trigger devices have caused at least 360 recorded casualties globally, either by cluster munition attacks (142) or due to remnants of these weapons (218), according to the Cluster Munition Monitor 2021, although it said that the true number is likely much higher.

This represents a continued increase from 317 in 2019, and 277 in 2018. According to the Monitor, civilians remain the primary victims of cluster munitions at the time of the attacks and after the conflict has ended and accounted for all casualties recorded in 2020.

Children represented nearly half (44 per cent) of all casualties where the age was known, and a quarter were women and girls, who in 2020 were less likely to survive an attack. 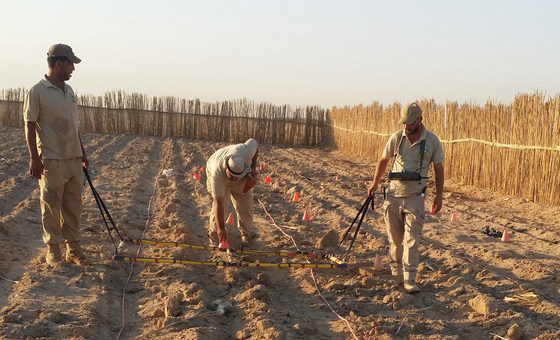 Researchers found that the largest number of casualties resulted from cluster munition attacks in Azerbaijan (107). Neither Armenia nor Azerbaijan have joined the Convention on Cluster Munitions, which has 110 States Parties and 13 signatories.

The Cluster Munition Coalition (CMC) has urged nonsignatories to take steps to renounce the weapon and join the convention without delay.

“The denials of cluster munition attacks in Azerbaijan and Nagorno-Karabakh and their widespread condemnation shows how the prohibition on these weapons is gaining strength,” said Mary Wareham, Ban Policy editor of Cluster Munition Monitor 2021 and Human Rights Watch (HRW) Arms Advocacy director.

“All states should condemn any use of cluster munitions by any actor under any circumstances,” she added.

Cluster munitions are launched either from the ground or dropped from the air from containers that open and disperse hundreds of “bomblets” which scatter indiscriminately over wide areas.

Many fail to detonate, leaving a trail of explosive remnants and submunitions that threaten lives and make farm land off-limits, creating barriers to socio-economic development. The report also documents the progress made in saving lives and livelihoods during the past year, despite additional challenges brought about by the COVID-19 pandemic.

Stockpile destruction is one of the convention’s major success stories. To date, a total of 36 States Parties have destroyed 99 per cent of all cluster munitions stocks declared.

Only 10 States Parties now see a need to retain live cluster munitions for such permitted purposes. In 2020, States Parties reported clearance of approximately 63km2 of cluster munition-contaminated land and the destruction of nearly 81,000 submunitions. During the year Croatia and Montenegro also joined the list of 12 countries that have successfully completed clearance of their contaminated areas. 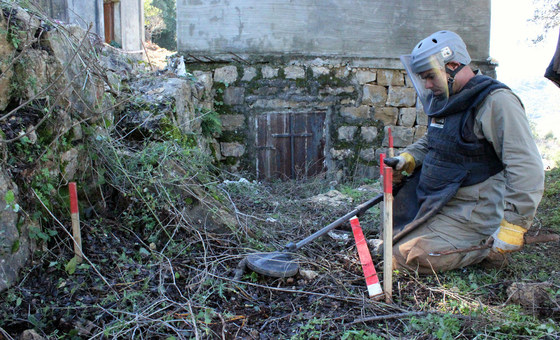 The report states that risk education remains a fundamental part of the response to the dangers posed by cluster munition remnants.

Due to the pandemic, alternatives such as online messaging, and TV and radio broadcasts, replaced in-person outreach for disseminating life-saving information to affected communities.

“Despite challenges, progress was reported in the work to clear and return land to communities, to provide focused risk education to those most under threat, and to deliver on the obligation of providing assistance to victims,” Mr. Persi said.

The report comes as States Parties to the convention prepare to gather for the Second Review Conference, on 20–21 September, and where they will adopt a plan of action for the next four years.