< Back to Gender and Disarmament

Women are frequently underrepresented in international forums concerned with peace and security, and targeted actions to improve women's participation are required.

Surveying 84 multilateral meetings, UNIDIR research showed that women comprise only a third of the diplomats accredited to arms control and disarmament forums. 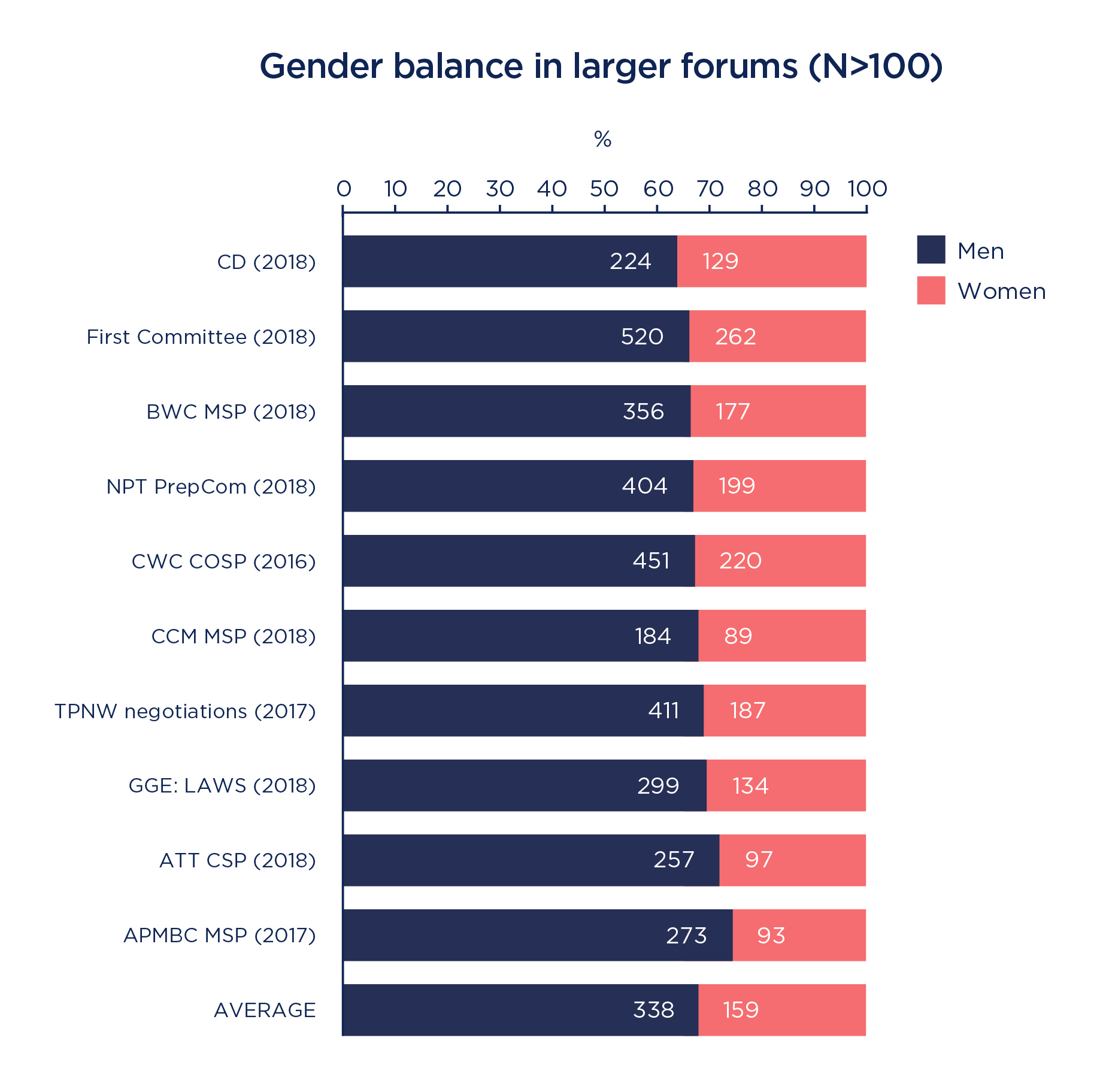 In smaller, more specialized forums, the average proportion of women drops to just 20%. 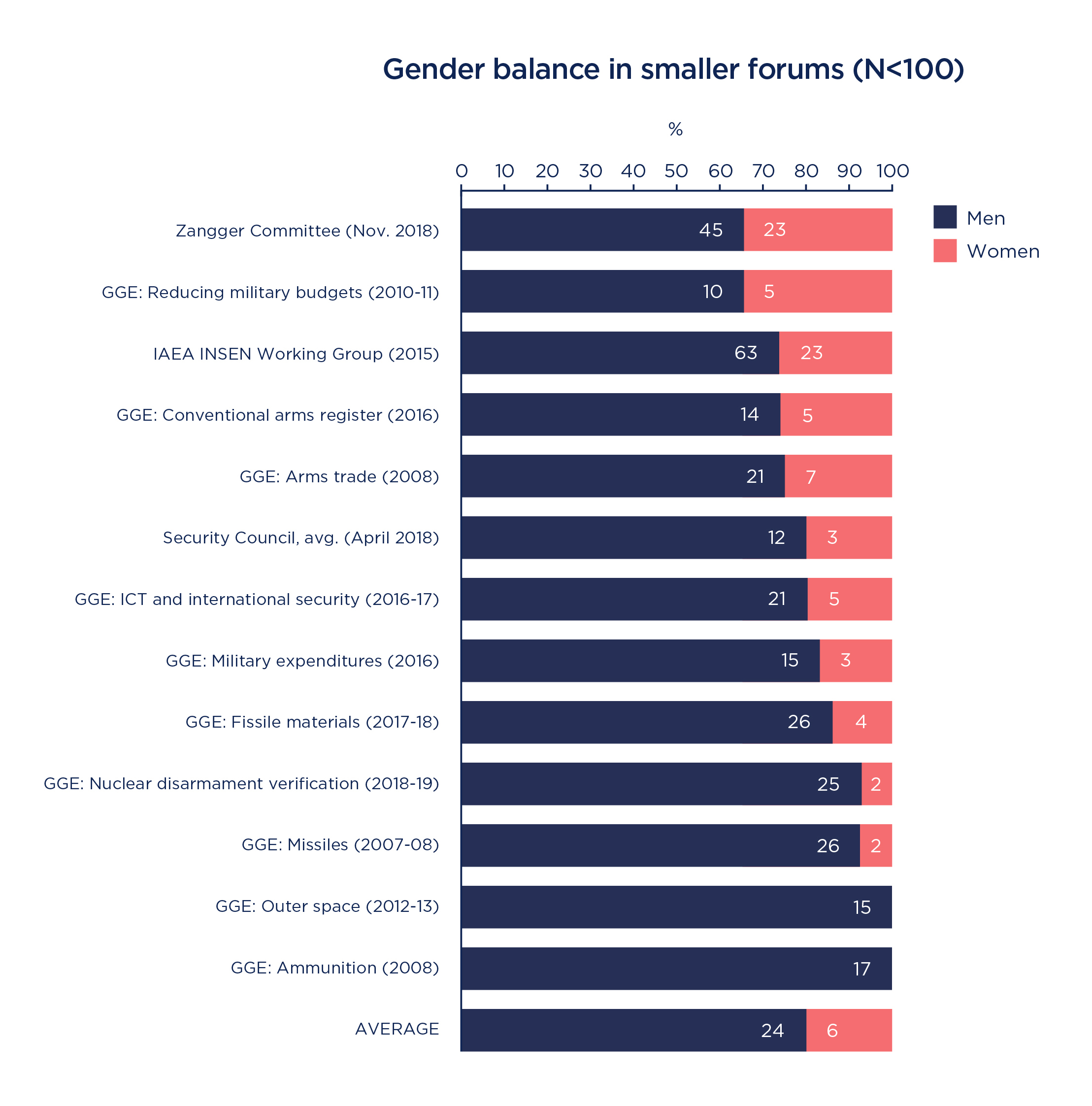 The number indicates a correlation between gender composition and the total number of delegates to a given meeting. When states can only send a single representative, they almost always send a man. Women are typically included as the second or, more often, third or fourth member of their delegations. 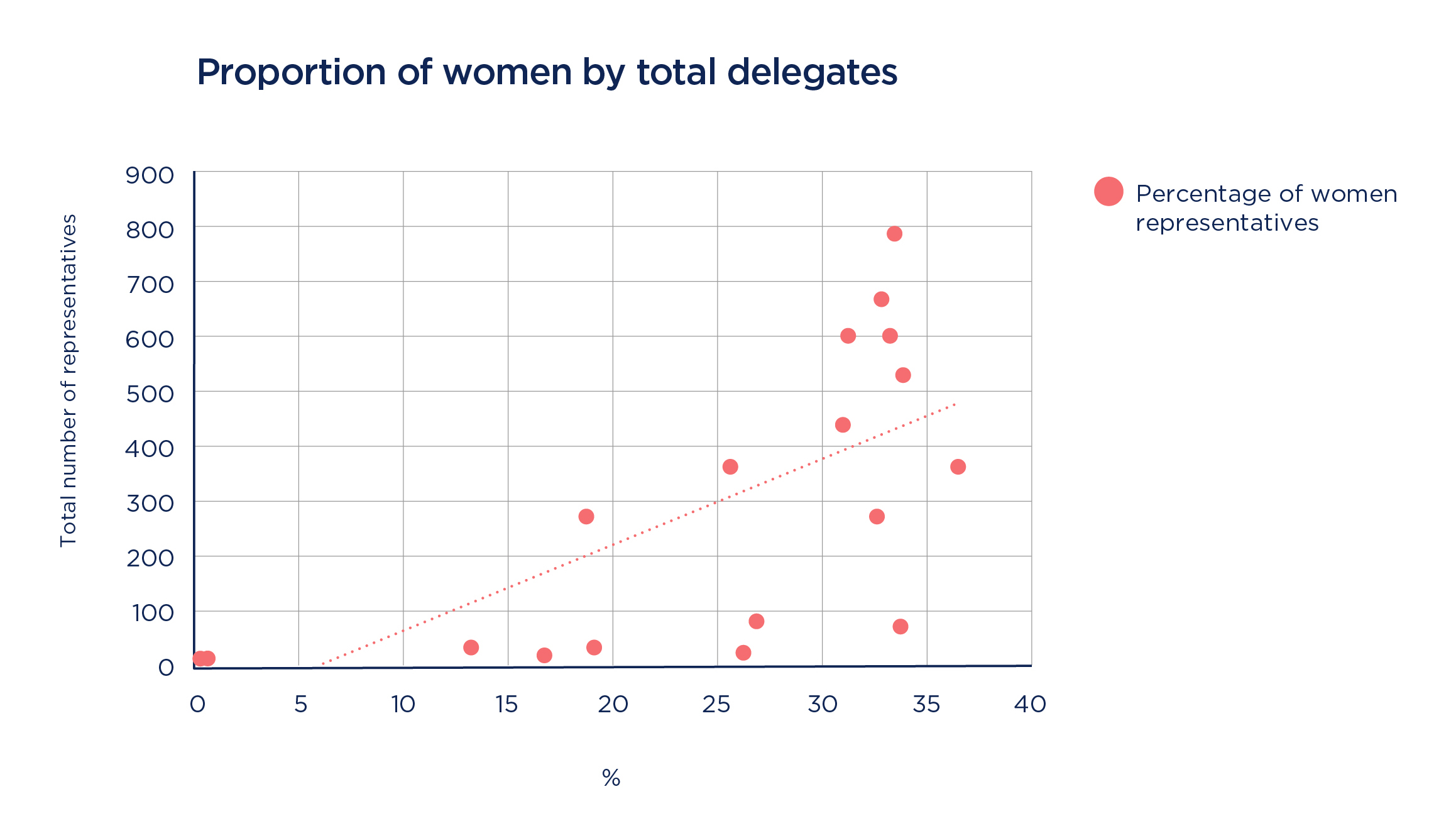 The proportion of women participating in disarmament diplomacy has grown steadily over the last four decades, from less than 10 per cent of participants in 1980 to approximately 30 per cent in 2015. However, given that women are 50 per cent of society at large, they still remain underrepresented in this area of diplomacy. 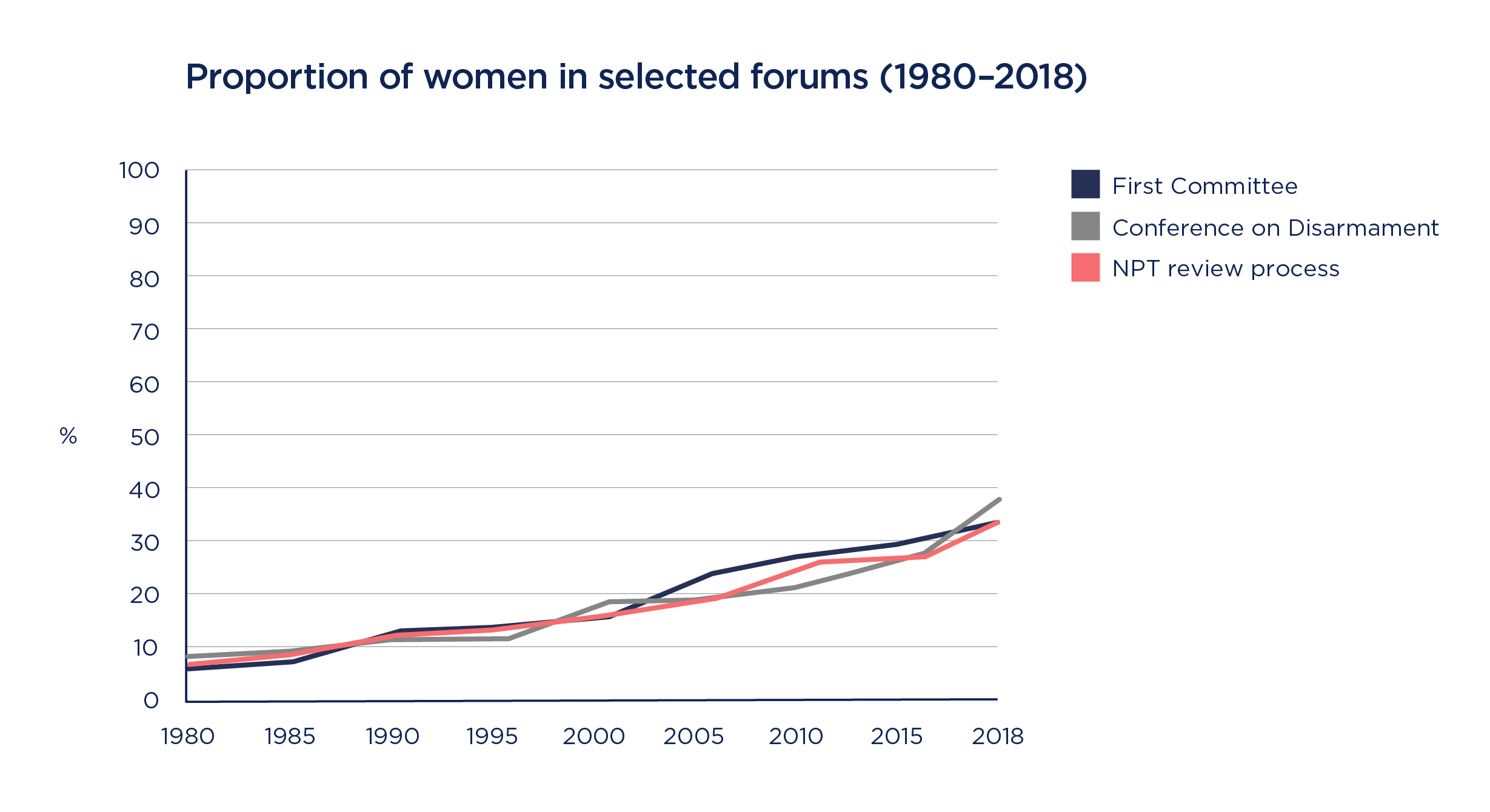 There is an association between gender and the distribution of diplomats across United Nations General Assembly Main Committees. While the First Committee (on disarmament and international security) has the lowest proportion of women (33 per cent in 2017), the Third Committee (on social, humanitarian and cultural issues) has the highest proportion of women (49 per cent in 2017).

Although the proportion of women representatives has gradually increased, this pattern of gendered distribution of diplomats has been consistent throughout the past four decades. 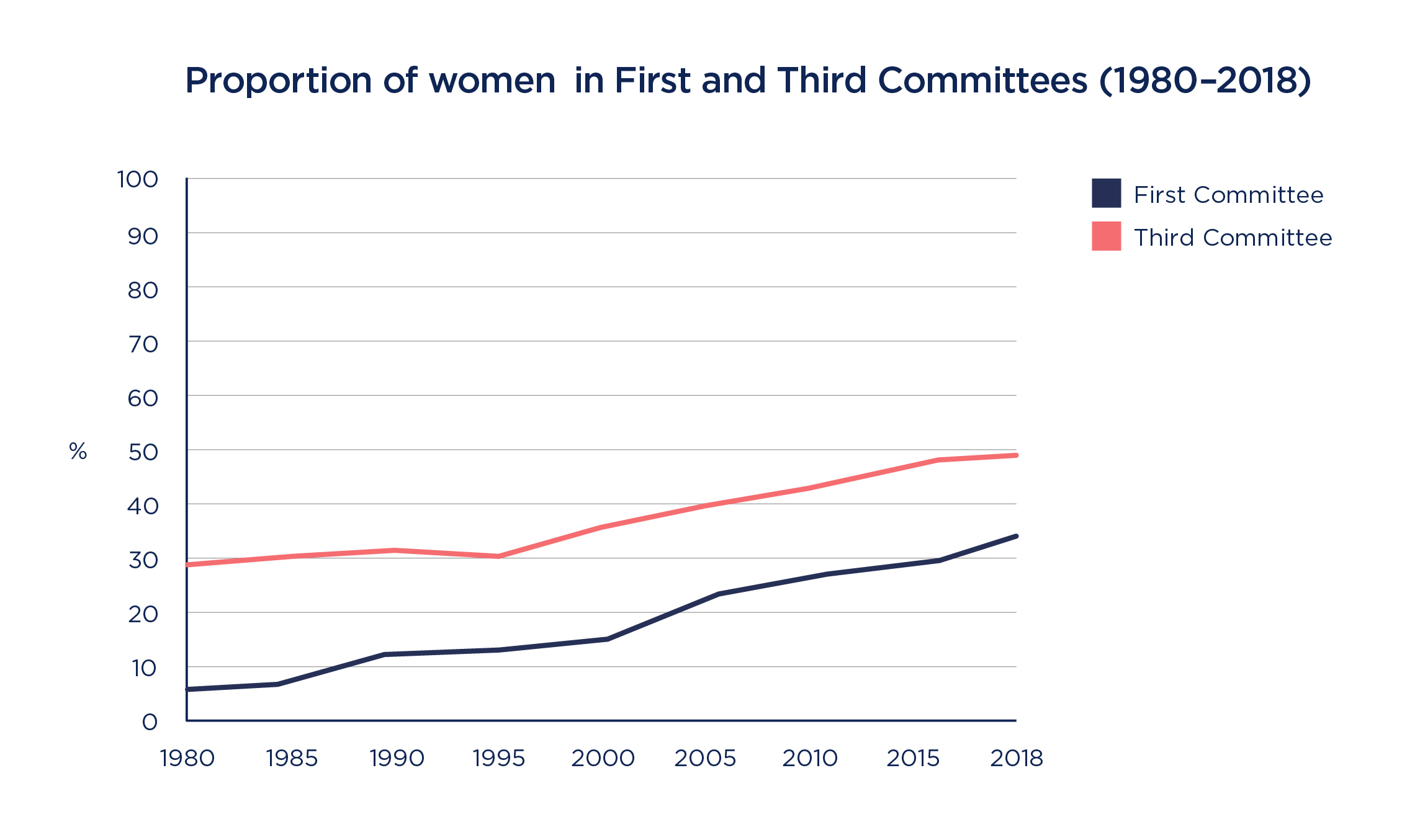 In arms control, non-proliferation and disarmament forums, heads of delegations are mostly men. The proportion of male heads of delegation is consistently above the overall proportion of male representatives in every single meeting/session of the First Committee, the Non-Proliferation Treaty review process and the Conference on Disarmament. The opposite is true for women, who are underrepresented in leadership positions, even below what would be expected given the overall proportion of women delegates. This pattern has not changed over the past four decades. 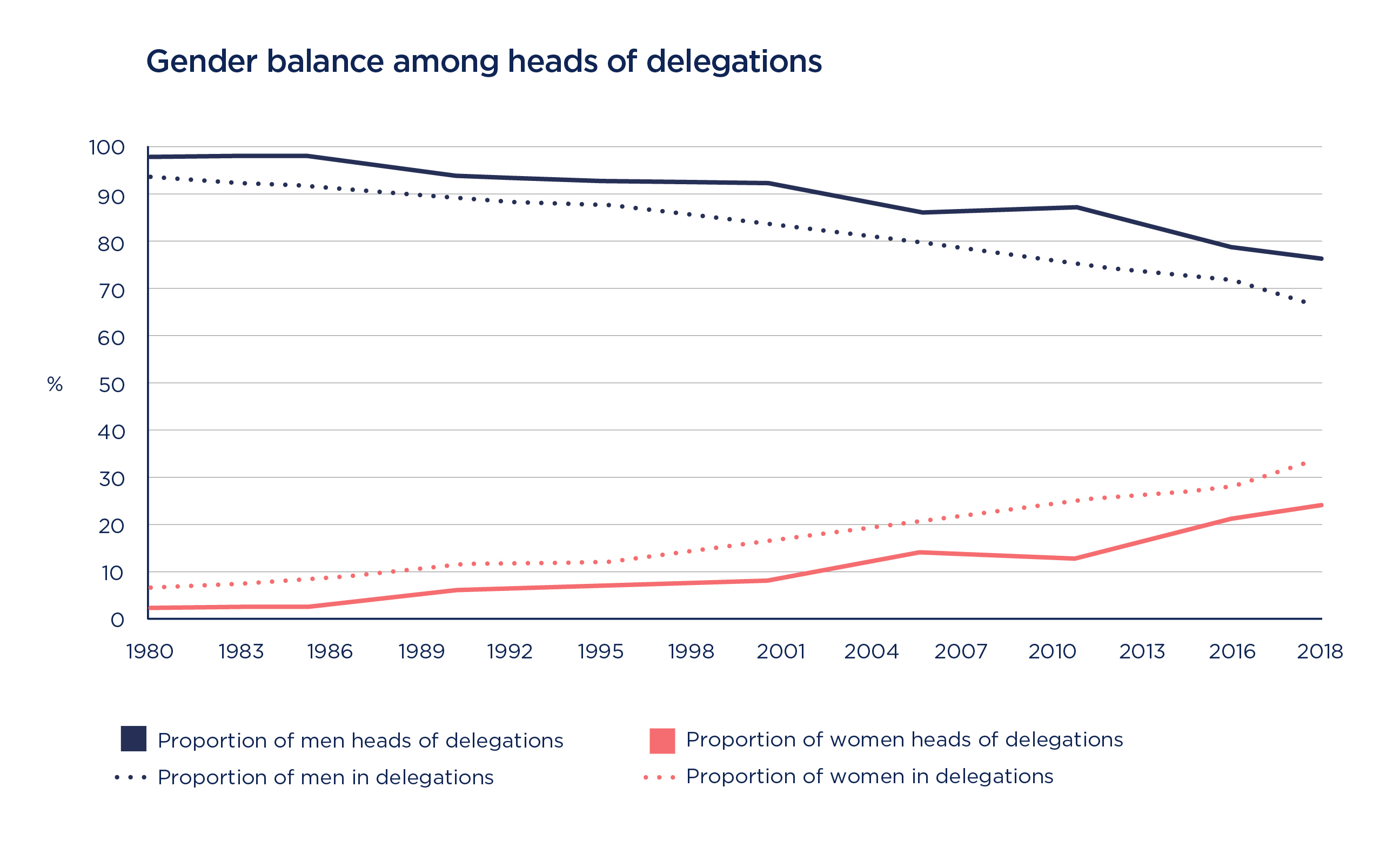 The proportion of women tends to decline as the importance of the position increases, while the proportion of men grows linearly as one moves from regular diplomatic personnel to United Nations ambassadors, to foreign ministers and, lastly, to heads of State or Government. 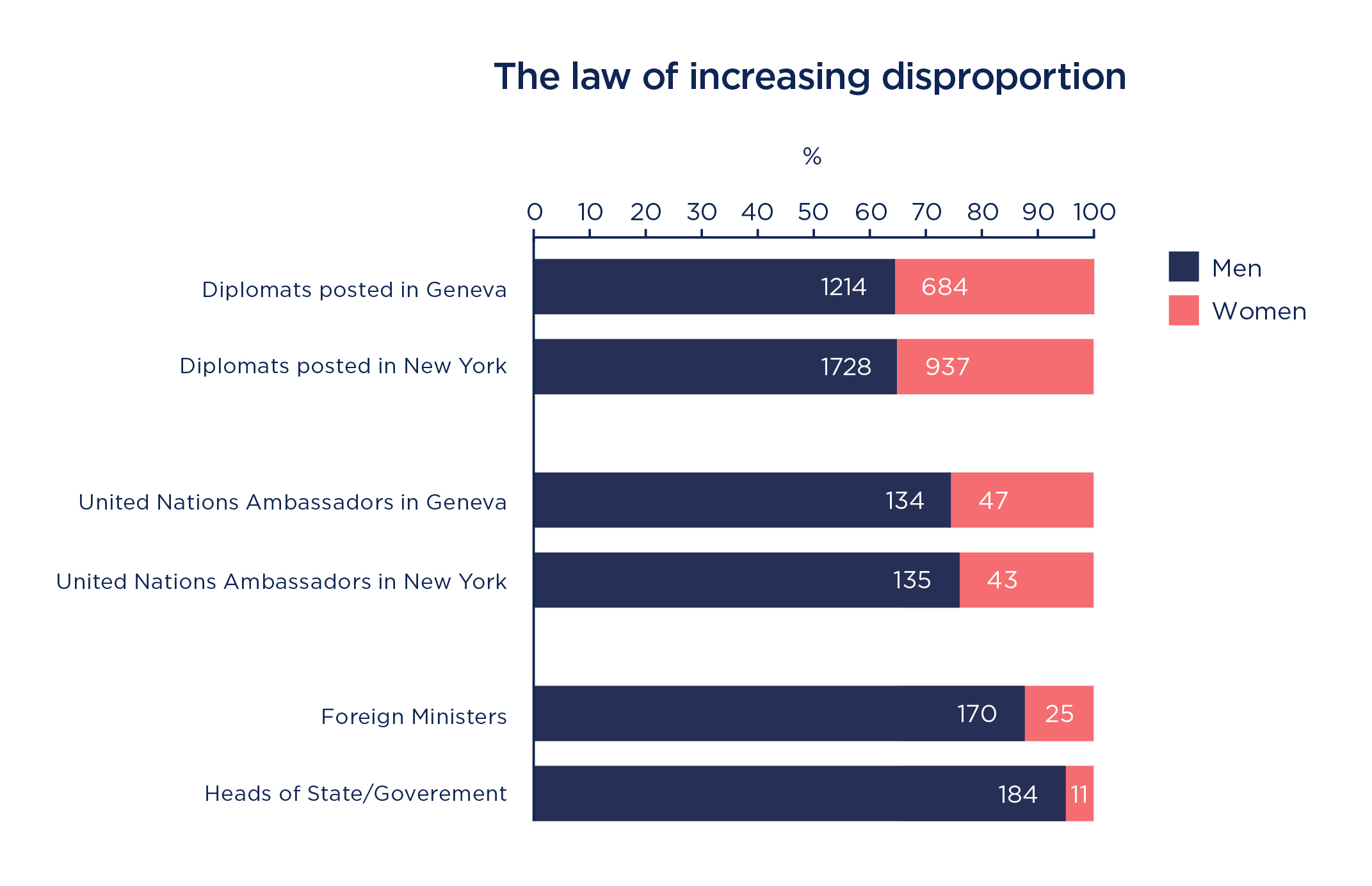 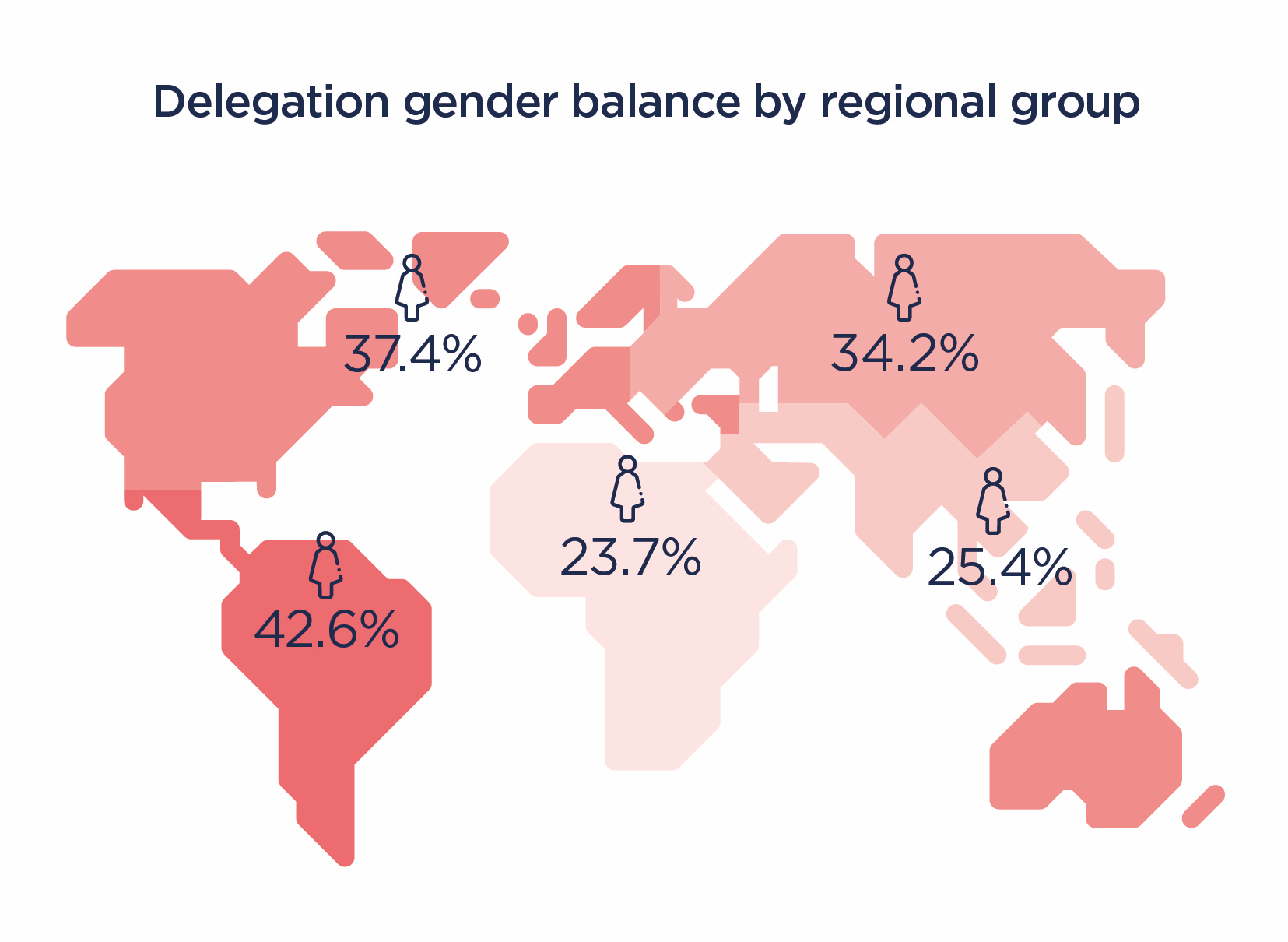 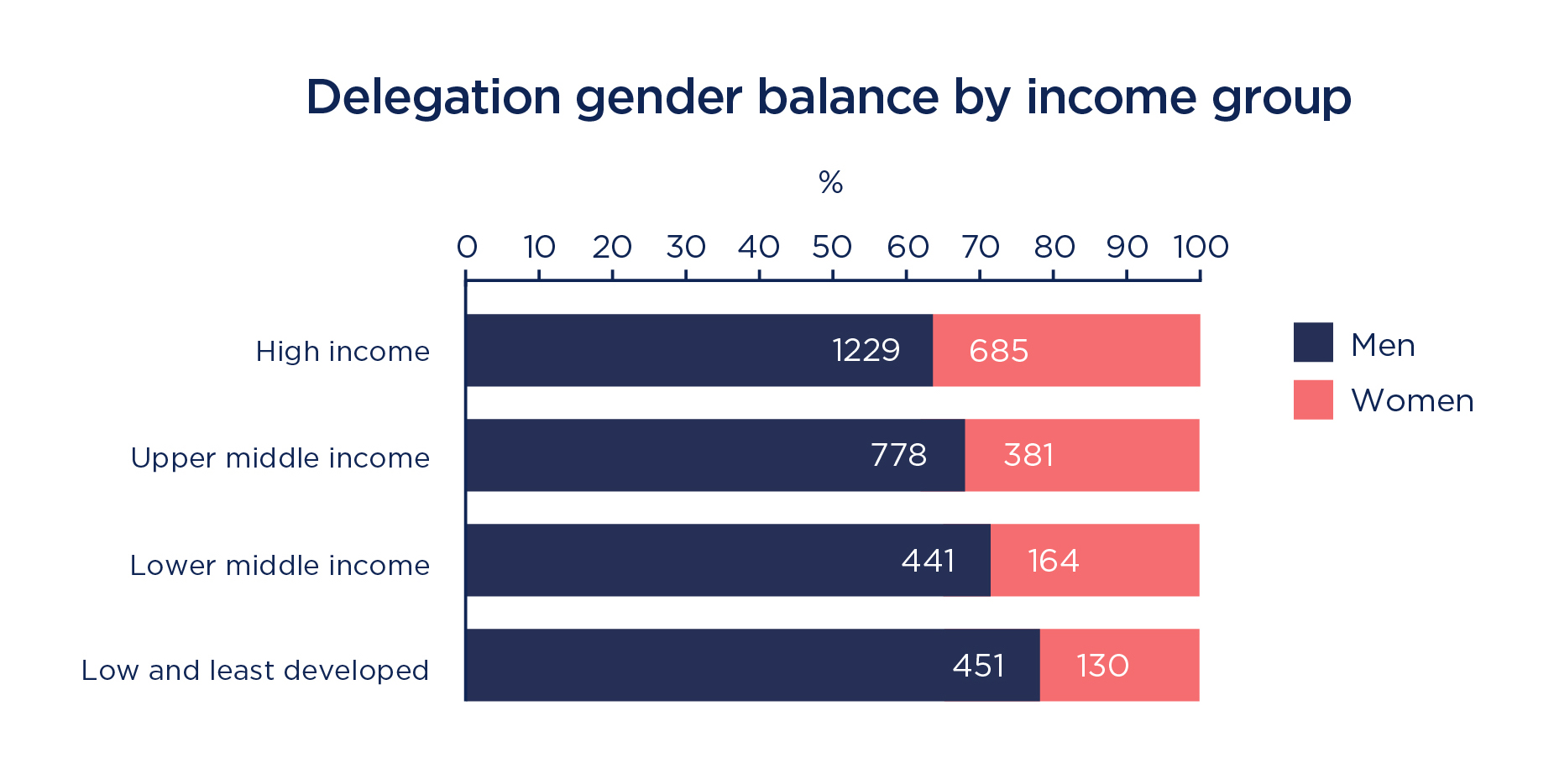