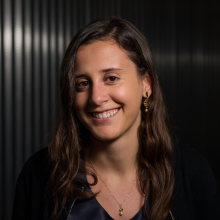 Barbara is an Associate Researcher with the Conventional Arms and Ammunition Programme at UNIDIR. Prior to re-joining UNIDIR, where she was previously a Graduate and Professional Programme research assistant, Barbara worked for the International Committee of the Red Cross (ICRC) in Geneva, and was a research intern with the Center for Strategic and International Studies (CSIS) in Washington, D.C. A Brazilian-qualified lawyer, Barbara received her Bachelor of Laws degree from Universidade Federal da Bahia in Brazil, after completing part of her degree at Sciences Po Paris. She also holds a Master's in International Affairs from the Graduate Institute of International and Development Studies in Geneva, where she specialized on issues at the intersection of international law and security. She speaks English, French, German, Portuguese and passable Spanish.