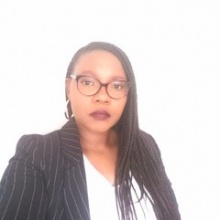 Moliehi is a researcher with the Security and Technology Programme at UNIDIR. Her expertise spans the international cybersecurity domain with emphasis on the implications of emerging technologies for security in developing countries. Before joining UNIDIR, Moliehi was with South Africa's Department of International Relations and Cooperation where she led the international cybersecurity file, as negotiator in the OEWG and a senior advisor in the UN GGE. She also worked on the Inter governmental expert Group on cybercrime. She holds an Honours Degree in political and international studies from Rhodes University, Makhanda, South Africa. She speaks English and South Sotho.