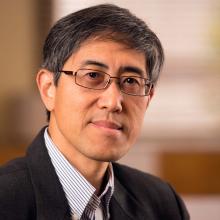 Dr. Jingdong Yuan was a visiting researcher at UNIDIR in 2020. He is an associate professor at the Centre for International Security Studies and Chair of the Department of Government and International Relations at the University of Sydney. He specializes in Indo-Pacific security, Chinese defense and foreign policy, and global and regional arms control and non-proliferation issues. Between 1999 and 2010, he held various appointments at the Monterey Institute of International Studies, including as Director of East Asia Nonproliferation Program, James Martin Center for Nonproliferation Studies. He has also held visiting appointments at the East-West Center, National University of Singapore, University of Macau, Fudan University, National Cheng-chi University, Mercator Institute for China Studies, and WZB (Berlin Social Sciences Centre). He is the co-author of China and India: Cooperation or Conflict?, A Low-Visibility Force Multiplier: Assessing China’s Cruise Missile Ambitions, and co-editor, Australia-China at 40, and his publications have appeared in Asian Survey, Contemporary Security Policy, International Affairs, International Herald Tribune, Los Angeles Times, Nonproliferation Review, The Washington Quarterly, among others. He is currently working on a book manuscript on China-South Asian relations. He speaks English and Chinese.

His areas of expertise include Chinese defense policy, regional security, China-India relations, nuclear arms control and nonproliferation, and US alliances in Asia.