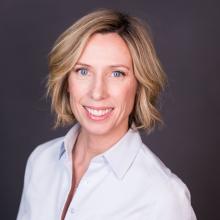 Renata Dwan joined UNIDIR after many years working on peace and security issues at the United Nations, most recently as Chief of Policy and Best Practices in the Departments of Peacekeeping Operations and Field Support. She led the team to implement Secretary-General Ban Ki-Moon’s reform initiative on peace operations, the High-level Panel on Peace Operations, and was a member of Secretary-General Guterres’ team reviewing the UN’s peace and security architecture. Renata has worked on peace operations and complex emergencies at UN Headquarters and in Afghanistan, the Democratic Republic of Congo, Haiti, Mali and Syria. She led major UN-wide policy and reform initiatives on peace and security issues including security sector reform, peacekeeping partnerships and crisis management capacities.

Before joining the United Nations, Renata was head of Stockholm International Peace Research Institute’s Programme on Armed Conflict and Conflict Management (1999-2005) and Deputy Director of the EastWest Institute’s European Security Programme in Budapest (1997-1999). She was Special Adviser to the European Union Council Secretariat for the first European Union crisis management operation and a member of EU High Representative Javier Solana’s 2004 Task Force on a Human Security Doctrine for Europe.

Renata holds a M.Phil and D.Phil from the University of Oxford where she was the Hedley Bull Junior Research Fellow in International Relations. She was a Fulbright Scholar at Princeton University and a visiting researcher at the former Western European Union Institute for Security Studies in Paris. She has published widely on international security matters. She speaks English, French and Swedish.