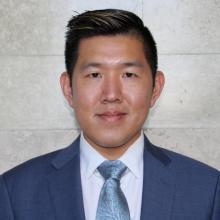 Mike works on budgetary, financial and administrative matters at UNIDIR to ensure its compliance with United Nations rules and regulations. He joined the Institute after 10 years in the peace and security context, most recently with the Office of the High Commissioner for Human Rights, where he launched and operationalised a human rights and international humanitarian law compliance framework with the G5 Sahel Joint Force and the European Union. Mike served on the Panel Secretariat for the Panel on Peace Operations and with the team implementing former UN Secretary-General Ban Ki-Moon’s reform initiative on peace operations. He has also held positions in human resources with OCHA, and in finance, budget and procurement with the UN Office of Legal Affairs. Mike holds a master's degree in Public Administration from New York University, USA and a B.A. in English Language and Literature from the University of Maryland, USA.

Mike's areas of expertise are finance and budget.