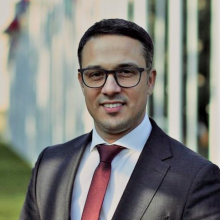 Manuel is a Researcher in the Conventional Arms Programme at UNIDIR focusing on weapons and ammunition management and armed violence in urban environments. On behalf of UNIDIR, he is contributing to the work of the GGE on Conventional Ammunition. He joined UNIDIR after five years of working on peace and disarmament issues at the United Nations Regional Centre for Peace, Disarmament, and Development in Latin America and the Caribbean (UNLIREC). He spearheaded more than 40 initiatives in Latin American and Caribbean countries - training more than 300 government officials. He holds a master's degree in Public Administration from the Monterey Institute of International Studies and a B.A. in Business Administration from University Complutense of Madrid. He speaks English and Spanish.