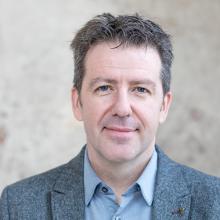 John is a Senior Research Fellow in the WMD Programme at UNIDIR. His working experience has covered many aspects of arms control, disarmament and humanitarian affairs, and he has published extensively on these and other topics, from nuclear weapons and nuclear weapons control to cluster munitions, armed drones and autonomous weapons. Prior to joining UNIDIR, John worked on arms issues at the International Committee of the Red Cross. Before that, he was a New Zealand disarmament diplomat. He has a PhD from the University of Bradford in the United Kingdom and a B.A. with honors in History from the University of Canterbury in Christchurch, New Zealand.