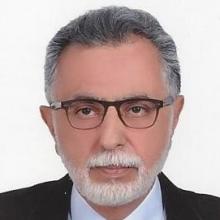 Al Assad worked for over 45 years within the system of the League of Arab States. Since 2002, he was responsible for coordinating Arab positions on arms control and disarmament issues at different international forums and proposing policies to Arab League’s decision taking bodies. In 2002, he established the Department of Disarmament & Arms Control within the Arab League General Secretariat. He later co-chaired the “Arab Governmental Committee on Elaborating a Draft Treaty on a Nuclear Weapons and Other WMD Free Zone in the Middle East” (1996 – 2007) and was the Representative of the Arab League Secretary-General for Disarmament and Regional Security (2010-2014). From 2014 to 2018, he served as Ambassador of the League of Arab States to Austria and Permanent Observer to International Organizations in Vienna. Al Assad was also a member of the Board of the Vienna Centre for Disarmament & Non-Proliferation (2015-2019).

Al Assad worked extensively on cooperation with the UN system and on developing the League of Arab States’ toolbox for Conflict Prevention and Resolution. Between 2013 and 2017, he served on the Advisory Board of the UNSG on Disarmament Matters. He is a member of the Council of International Pugwash since 2013.

Since 2018, Al Assad is a Senior Adviser to the Qatari National Committee for the Prohibition of Weapons.

Ambassador Al Assad is a Jordanian national and he speaks Arabic and English. He holds B.A from Ain-Shams University 1973 and a master's with honors from the Arab Academy for Sciences & Technology in Egypt.

Al Assad’s areas of expertise include disarmament and non-proliferation, WMDFZ in the ME, and regional security.