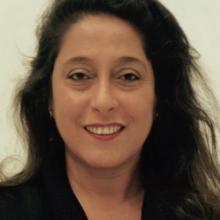 Mona is a Non-resident Fellow. She is a former Senior Legal Officer of both the United Nations and the International Atomic Energy Agency. Among several special assignments, she also served as Legal Adviser to the Joint UN-OPCW Mission for the Destruction of the Syrian Chemical Weapons Programme.  She is currently the Director of MAK LAW and an Affiliate of the Harvard Law School Program on International Law and Armed Conflict. She has a BA and an MA from Harvard University as well as a Masters in Foreign Service and a Juris Doctorate from  Georgetown University. Mona’s areas of expertise include public international law and the peace and security efforts of the UN Security Council including disarmament and non-proliferation sanctions as well as peacekeeping and counter-terrorism.